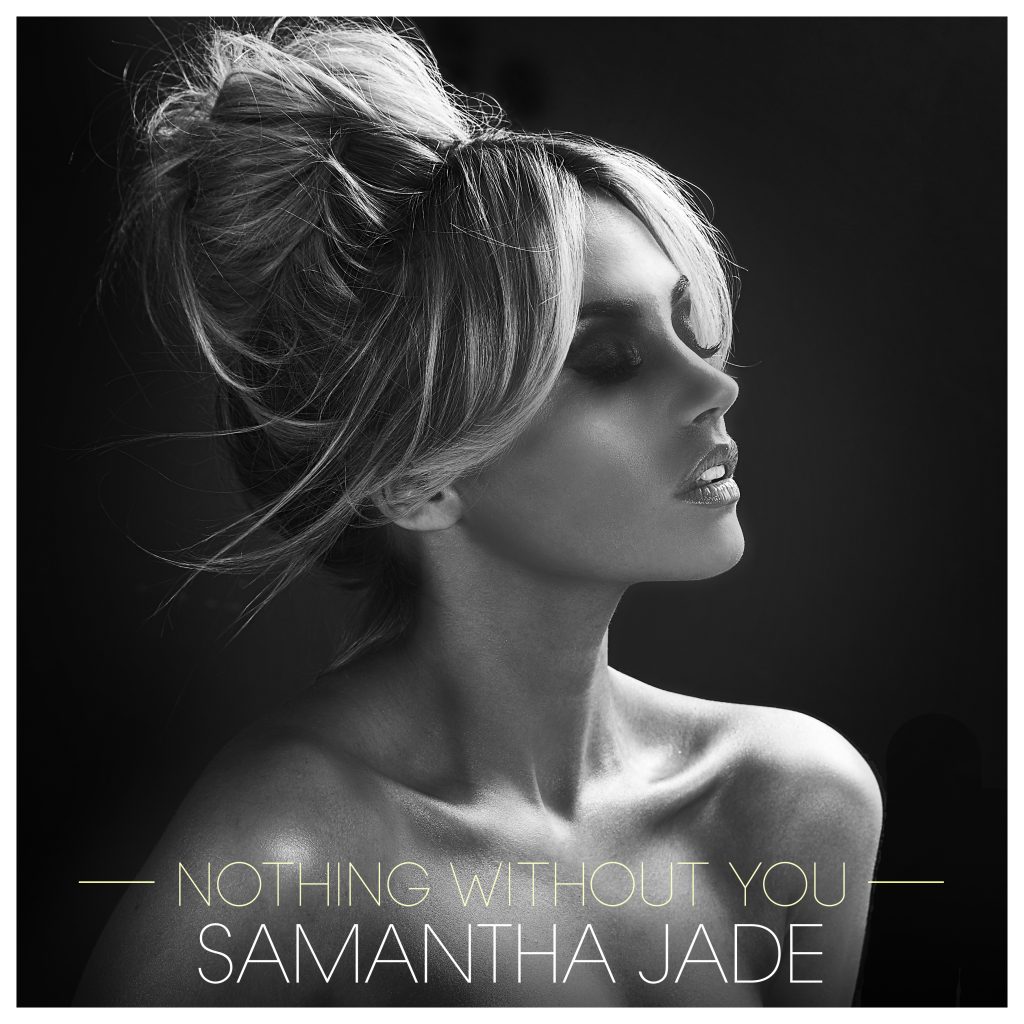 ‘NOTHING WITHOUT YOU’ AVAILABLE NOW: http://smarturl.it/SJNWY

Since taking out the 2012 X Factor Australia win, Samantha Jade has gone on to amass a collective 20 million streams, released a single with Pitbull (‘Shake That’), starred as Kylie Minogue in the Network Seven TV Miniseries ‘The INXS Story’ for which she was nominated for a LOGIE Award, and released her debut album NINE. Samantha Jade has also had an ongoing guest starring role in Australian iconic TV Series, Home & Away, and launched her debut cosmetic collection through Priceline in Australia, with it selling out within weeks. On top of all this, she relocated to the UK late last year.

This month, Samantha will embark on her debut UK tour, performing with Brian McFadden (Westflife) and Keith Duffy (Boyzone). The tour will cover the UK and Ireland, commencing April 10th.

“I’m so incredibly honoured to be asked by Brian and Keith to join them each night on this UK and European tour,” explains Samantha. “Since relocating to the UK late last year, I really feel at home and can’t wait to see all my European fans each night at these shows!”

Whilst on tour, Samantha will be joined by her long-time collaborator, Marcus, where they will be performing acoustically each night showcasing not only Samantha’s incredible vocal range, but some new material that she has been working on since her relocation to the UK, including her new single, ‘Nothing Without You’.

Sony Music Entertainment Australia Pty Limited uses both our own and third party cookies and other tracking technologies on this website to enhance your browsing experience, measure our audience and provide you with tailored ads. To find out more about how we use cookies, please see our privacy policy here. By continuing to use our website, by closing this box or by clicking here you are indicating your consent to our use of those cookies, as further described in our privacy policy. If you do not consent to the use of cookies, you should not use our website. You may refuse to accept cookies by activating settings on your Internet browser. However, if you select such settings you may be unable to access parts or features of our sites.